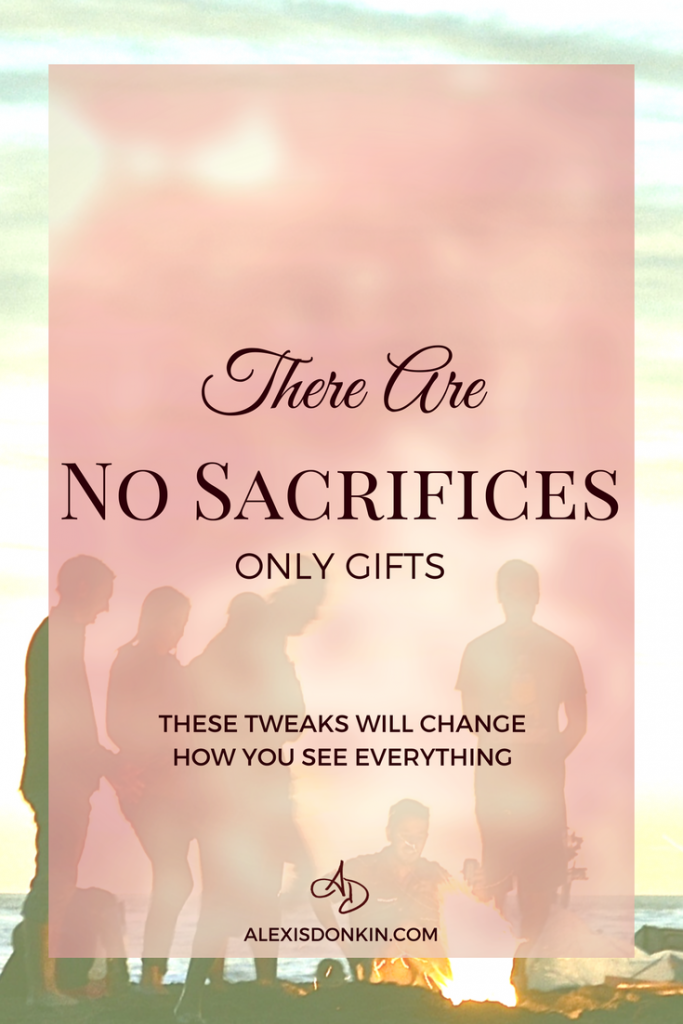 It’s actually quite the opposite.

But what if you were suffering? What if life felt painful day in and out? That’s when you need to examine how you’re spending your days. You can look at your life and feel like you’re losing things – you can feel like there is scarcity. With this kind of mindset, things are going to suck. It’s going to be painful to give things because giving won’t feel so much like a gift as a sacrifice.

Giving feels like it’s coming from renewable resources. It feels good to give. Sacrificing feels painful. Even saying the word makes me think of cutting a piece of me off – it’s just…beyond icky.

The Things We “Sacrifice”

In religious rituals as long as there’s been people, there’s been sacrifice. Often these were gory. In Judaism, Jews would make burnt offerings at the temple. Hindu devotees to Kali would offer animal blood in her temple. In Mesoamerican and Ancient Celtic faiths, human sacrifice was normal.

Fortunately we’ve come a long way from that.

But how far have we come? What does “sacrifice” mean in the 21st century? These days, hopefully, we think about sacrifice as something very different (with the exception of this unusual Florida man). The majority of us aren’t sacrificing people or cows on temple altars. In religious ceremonies, the word “sacrifice” is usually replaced with “offering.” Anyone who has grown up in a church is familiar with offering – usually money given to the church during a worship service. Offering works as a word here because money isn’t necessarily a sacrifice, sometimes it’s just a gift. More likely, when we call something a “sacrifice” it involves energy or time. Sometimes it’s both.

Energy is a limited (but renewable) resource.

The first thing I think about when I think energy is my preschooler. That kid does not stop. By comparison, I feel slow and depleted. If I’m honest, I never had the activity level of my son. Even as a child I was more calm.

There have been times when I’ve felt like I was depleted. Some times I felt I used up my energy as a child, leaving my body feeling worn and tired. Fortunately that’s not really what happened. My energy gets spent faster these days because I’m caring for my son and running a business. Sometimes I don’t get a full night’s sleep. Other times I don’t eat the right food for my body. As a result, I’m not firing on all cylinders the way my son is. That’s just a fact.

And that’s okay. Those are choices I make to do the things I want to do – to make a positive impact in the world in my work and my personal life. Should I get the chance to sleep, my energy will rise. If I eat a hearty vegetarian meal, I know I’ll have pep in my step. Yes, my energy is limited, but at least it’s renewable.

I recently had a conversation with my husband about how the universe is moving ever forward in a conversion of energy into matter. Once every bit of energy is converted into matter, everything stops. That’s the theory anyway. 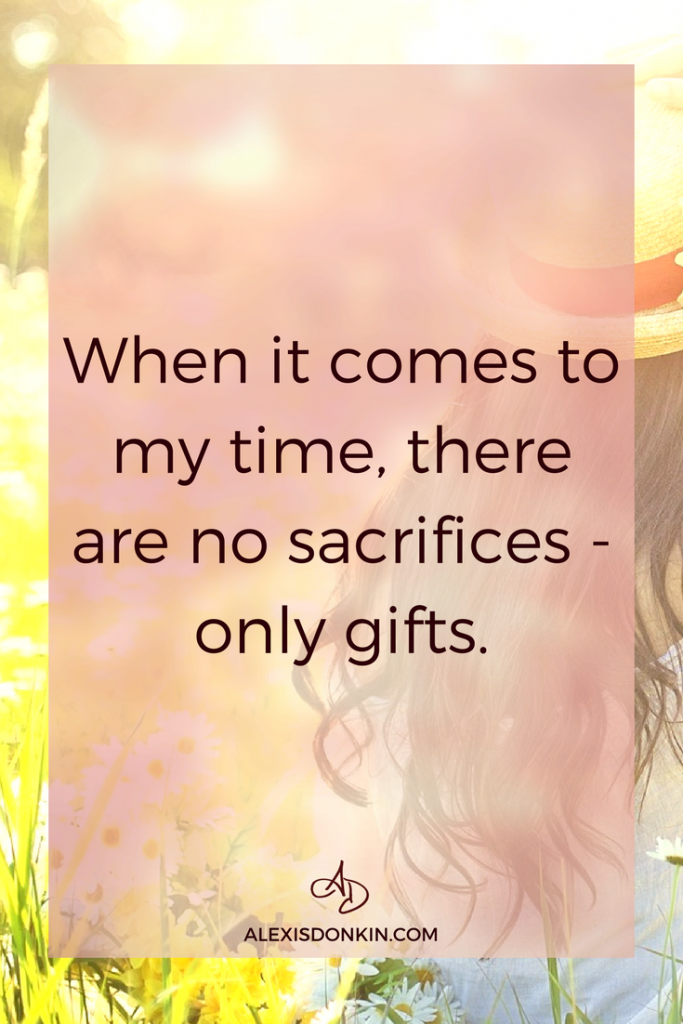 That seems like a strange thing – the idea of energy being a sacrifice because physics tells us that it doesn’t disappear. It transforms. But isn’t that what other sacrifices are too? Just a transformation of one thing into another? In that case, is it a sacrifice?

Time is like energy in that it transforms. As time marches on, things change. However unlike energy, time is a resource that cannot be returned. There’s no getting it back. It’s not renewable – not in the way that other things might be. I could go to sleep and get more energy. Eating yummy food would renew my energy, but I will never get back my time. How I use my time is very important because it is limited. How I spend my time shows what’s important to me. And if I waste my time, it shows how little I value myself and my resource.

So how do I spend my time? Well, I try to use every spare minute of my day. It means that I use every last second at my disposal to make sure I maximize that resource. If you were to shadow me through my day, you would see I have blocks of time spent on various things like marketing, dancing, or planning vegetarian recipes. Meanwhile, every in between moment I’m thinking about something – planning my next step. There’s no such thing as blank space for me.

This is true even when I’m fiddling with my nails or leisurely drinking a cup of tea.

When it comes to my time, there are no sacrifices – only gifts.

You always have a choice. Always. You always have control over yourself and therefore you control your thoughts and actions. That means that person didn’t give up their dreams – they exchanged them for new ones. That person didn’t give up their old life, they traded it for something more fulfilling. They decided it was more important for them to act as a caregiver than living fancy-free.

You’re not giving up anything.

When you choose to see things as gifts, you aren’t losing anything. You’re gaining something you wanted more. You don’t have to do anything – you choose to do things to create the results you want.

Today, this week, consciously choose what you want. Live intentionally and consider how you spend your time and energy. Consider what you want to do – if the way you spend your resources reflects your principles. It doesn’t take much time to figure that out, and it will be an investment in the rest of your life (well worth the time spent!). 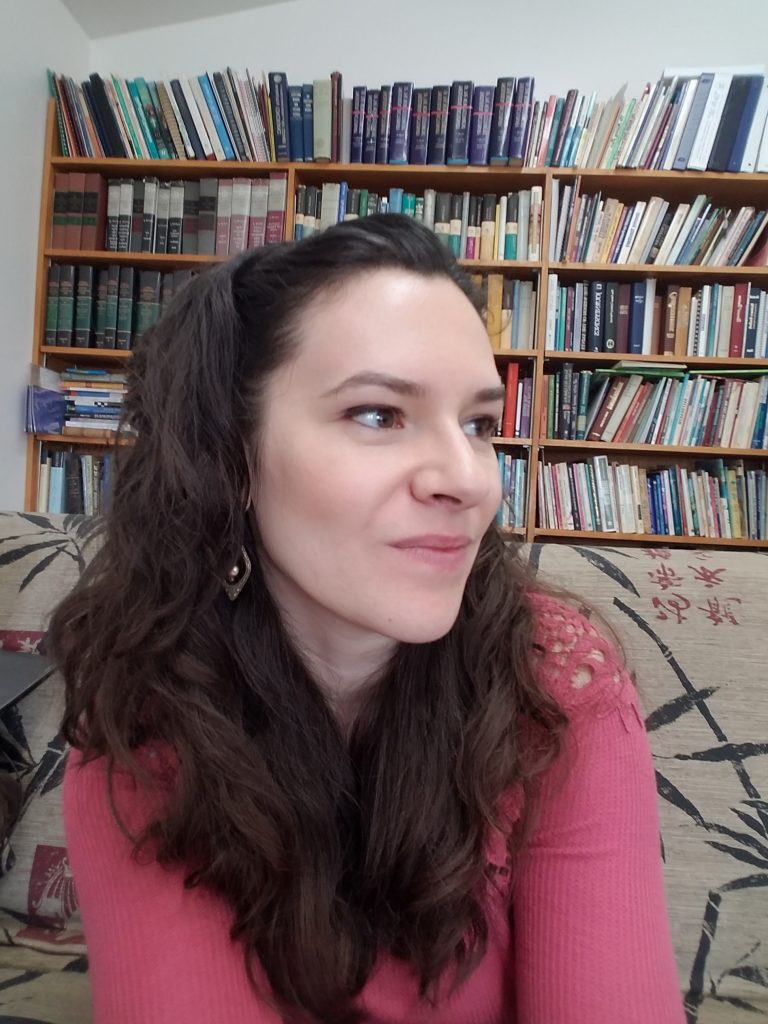 Do you want to live more intentionally but you’re not sure how?

Send me a note here! I’d love to chat with you and answer your questions about how best to transform your life starting today!

There Are No Sacrifices, Only Gifts
Tagged on: commitment    philosophy    practice    ritual    routine    sacrifice    self care    self-compassion

I'm happy to have a guest post by artist Samantha Kaplan talking about the health benefits of art. Any of...